Where Are They Now?

Where Are They Now?

Here at Shevington High, we LOVE hearing about what our past pupils are up to! Mrs Williams our Career Advisor has been interviewing past pupils so we can feature them in our news and keep up to date with what they are doing, where they are and how far they have come!

Please find below an update from some of our former students: 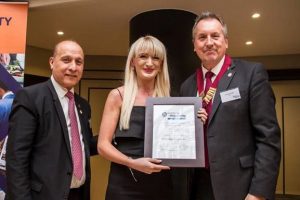 Kelly age 24 started her career at the age of 14 in hospitality working full time with Hilton and Marriott, holding 3 part-time jobs whilst completing her BA (Hons) International Hospitality Management degree and achieving first class honours with Marriott Hotel Prize for Academic Excellence. Kelly was successful to obtain a graduated scheme with Marriott in Guangzhou China whilst doing a Masters in Law full time. Moreover, whilst at university Kelly won the National UK Employee of the Year 2017 against all other universities in the country. Kelly has worked, studied and lived in London UK, Nashville USA, Guangzhou China and Larnaca Cyprus to for fill her career.

The ultimate goal for Kelly is to become a General Manager by the age of 30. 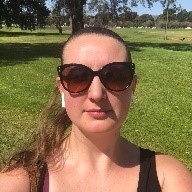 Fiona attended Shevington High School between 1998 – 2003. After leaving school with 11 GCSE’s she went to Runshaw College and got 4 A-Levels. In 2005 and went to the University of Liverpool to do a bachelor’s degree in German and French, which included her living in Germany for a year! After graduation she still didn’t know what she wanted to do for a career, but had to get a job. She did everything from cleaning and shop work to recruitment and accounts, she even worked in the nuclear industry at one point and was stationed at Heysham power plant for a brief spell. Still with no fixed career, or knowing what she wanted to do for a career, in 2018 she emigrated to Australia and live in Adelaide, South Australia. Since her arrival she has been interested in the Aboriginal people, the Indigenous people of Australia, their culture and how Australia works with them (but mostly doesn’t, unfortunately). So at the beginning of the year (2019) she decided “why not?”, and she enrolled for a master’s degree in Aboriginal studies at the University of South Australia. Fiona is currently half way through her first year and she is loving it so much she is already considering doing a Phd afterwards, with the look to having a career in academia. It really is about life’s opportunities; you never know what they may bring you! 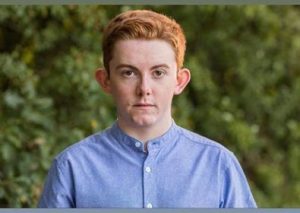 Craig went to John Rigby college for two years after Shevington and decided he wanted to go down the experience over further education route. He is now the digital marketing manager for a huge online retailer.

He can honestly say that doing the ICT DiDA course at Shevington made him find what he was good at and what he  really enjoyed doing! Shout out to Mr Griffiths – he was a great teacher for keeping him on that course

Gareth was at Shevington 98-04

After leaving with 5Bs, 3Cs and 2 Ds, he went to Runshaw college to study Graphic Design. Gareth went on to achieve a Distinction. From there he went onto university to study graphic design achieving a BA(hons) 2:1.

Gareth now works as a Creative Director in a marketing and communications firm in Preston.

During his time as a designer he has worked on campaigns for Adidas, Virgin, Oakley and even designed Mo Farah’s logo that he used at the London Olympics and he has also worked as a designer for a short time in New York

Jennifer Hughes attended SHS 1998-2003. She studied Costume with Performance Design at The Arts University Bournemouth then went on to do a PGCE at Edge Hill. Jennifer is  now teaching Design & Technology.

Victoria left in 2000 and is now a Secondary school teacher teaching Business Studies and Computing. Her main roles in school are SENDCo and designated Nurture, CLA, EAL & PP lead.  Victoria has been to University three times. Firstly to gain her degree, secondary for her teaching and thirdly to complete her post graduate national SENCo award. This was gained whilst also working full time.  Victoria intends to further her educational profession by completing her Masters.

Lauryn Cammack left in 2017 then went on to study photography, graphic design and English language at a level at Winstanley College achieving 2 A* and a B. Lauryn is now in her first year of Architecture at Salford university.